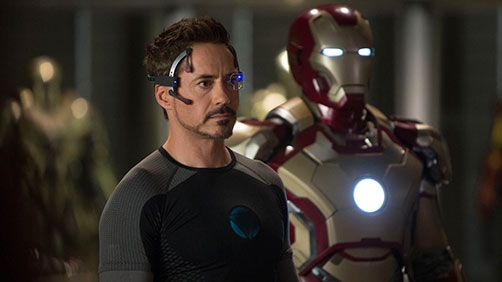 Third installments in superhero trilogies tend to be somewhat awful, but Robert Downey, Jr. seems to think Iron Man 3 will be the exception to the rule.

Downey spoke at length about the film during a recent interview, reaffirming new director Shane Black‘s history with the franchise by reminding viewers, “When we were doing the first Iron Man, Jon Favreau and I used to call up Shane Black. We had two lifeline calls; one was to J.J. Abrams, which was about the third act. And for the other call, we went to Shane’s house.”

Now, says Downey, “To get him to do Iron Man 3, it has just been this awesome experience and one of my favorite working experiences. Iron Man 3 is going to be a very, very bold genre film, from the storytelling.”

He went on to wax rhapsodic about what Black brings to the superhero genre, saying, “I think the main thing is that he’s always looking at complexities within complexities. And he always likes it when a film kind of stops for a reason you can’t understand, and then picks up and goes in a direction you’ve never imagined.”

I certainly hope it will be better than Iron Man 2, and I think it will be.