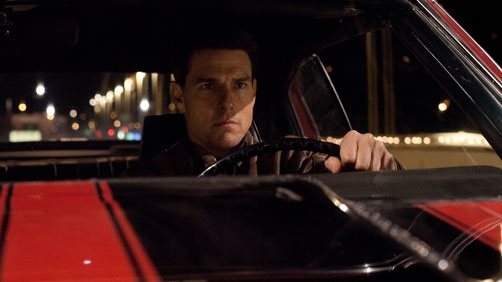 So bringing Jack Reacher to the screen means Cruise has a lot to measure up to, but instead of swinging for the fences, he bunts. His Reacher is like every other character Cruise has ever played: Tough, cocky, and the smartest guy in the room. It’s the Tom Cruise paradox; he’s a great actor who’s stopped acting. He can’t vanish into a role, but then he doesn’t have to. Audiences show up to his films just to see his latest ass-kicking adventure, which makes Cruise the inverse James Bond — instead of different actors playing the same character, he’s one actor who plays the same character under a dozen different names. You could pretend his entire last decade onscreen is just Ethan Hunt going deep undercover to save the day.

Beat by beat, Jack Reacher is just like Child’s paperbacks in the best possible way: it’s fast, fun, and smarter than it looks. Will it give Tom Cruise another hit action franchise? It deserves to. Hollywood has 17 other Jack Reacher books to pick from, any one of which would fit seamlessly into the Cruise canon. But for Child, the real question is, how many hit films will it take for Cruise fans to remember Jack Reacher’s name?

Well there’s that at least.