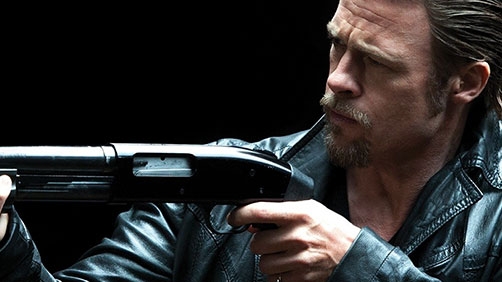 This is not going to be a long review. I doubt it will even be a medium review. This film will be lucky to get 500 words out of me. Let’s dive in.

I’m not usually one pushing for more action and less drama, but goodness gracious I thought I was going to die in my chair in that theater before anything ever happened in this film. It seemed as if all the characters ever did was talk about things I did not care about, share with us mundane details of their very low lives. And I just didn’t care. Sure it’s probably realistic, I mean think about all the things we like to talk about. Do you know how boring your life would be if put on the big screen? So it’s beyond my comprehension why we would want to translate that boredom to the big screen.

Oh, and then after they were done talking… THEY TALKED SOME MORE!

And while I’m talking about talking, wow was the talking in this film filthy. Yes I know this film is rated R. Still I can’t remember the last time I heard such vile and filthy garbage being thrown around so casually. The film starts out with two no-namers, who actually aren’t no-namers, because they are important to the plot, though ironically enough I can’t remember their names (I guess I’ll have to look it up on IMDb), chatting it up through various different scenes about how they can or are or will be “getting some”. And in the most gross and perverse ways possible.

This film definitely has an over abundance of talking.

Politics and the Recession

I think the idea was both to constantly remind us of the fiscal difficulties facing the country, and to try to ground the film in reality. But in the reality of the movie theater I was sitting in, I was simply so angry with all that stuff blaring all the time I wanted to punch someone. It did not work on any level.

Brad Pitt Can’t Save It

The one possibly redeeming factor about this film is that Brad Pitt does a marvelous job with the acting of his character, but it could not save this film. You see, he shows up based on the plot that the two loser guys rob a mob based card game. Yep, that’s what the plot is about. The film takes 45 minutes to set all this up so that the losers rob the mob, then the rest of the film is about Brad Pitt being contracted to clean that up, take out the losers and others involved, how he brings in the wrong guy along the way… blah, blah, blah.

[Spoilers] (although who cares)

The film ends with the mission accomplished, but the pay for the job is not what it was supposed to be. Brad Pitt waxes eloquent about how he should be paid what was agreed upon, implying bad things if that doesn’t happen. And the credits roll.

I had to wonder what on earth was the point of the film. Why did it get made, what was I supposed to be watching. What was it’s purpose on the big screen? I’m drawing a blank.

I don’t recommend anyone watch this, not even someone I really, REALLY didn’t like. That would be cruel and unusual punishment.