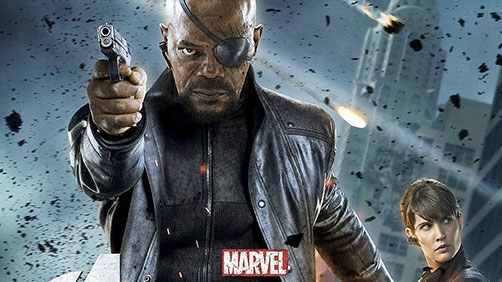 Nick Fury is one of the more prominent characters in the Marvel Cinematic Universe, having appeared in five out of the six titles to date. Yet he’s never actually appeared in his own standalone film. For a while, it seemed like a S.H.I.E.L.D. movie might be coming out after The Avengers, but as we’ve since learned, that project has since evolved into a TV series. So as of now, it looks like the closest thing to a Nick Fury movie we’ll be getting is Captain America: The Winter Soldier.

His latest comments are a sharp contrast to remarks he made in 2010, when he claimed that a S.H.I.E.L.D. movie would be released “sometime after” The Avengers. Jackson hasn’t definitively ruled out the possibility of a Nick Fury film, but it doesn’t sound like there’s one coming up anytime soon.

That’s too bad, I sort of wanted a Nick Fury film. Still, the Marvel univesr is doing pretty well so I won’t complain too much.