Rise of the Guardians — Review 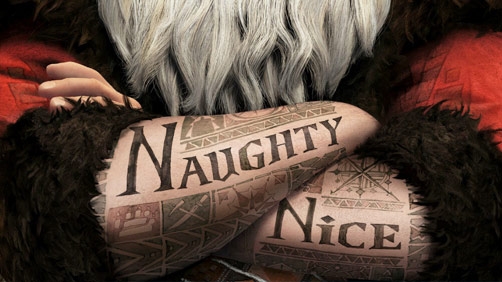 Rise of the Guardians is a 2012 American 3D computer animated fantasy adventure film based on William Joyce’s The Guardians of Childhood book series. Produced by DreamWorks Animation and distributed by Paramount Pictures, it was released on November 21, 2012 and received mixed to positive critical reception.

Set about 200 years after the book series, the film tells a story about the Guardians who enlist Jack Frost to stop Pitch, the Bogeyman, from engulfing the world in fear and darkness. This film features the voices of Chris Pine (Jack Frost), Alec Baldwin (North [aka Santa Claus]), Hugh Jackman (Bunnymund [aka The Easter Bunny]), Isla Fisher (“Tooth” the Tooth Fairy) and Jude Law (as Pitch).

I boy with feathery white hair and nondescript clothes wakes up on a frozen lake. It’s the middle of the night, and by all appearances, he is alone with the bright moon above him not offering any answers to the meaning of his existence. Assuming that there is some reason the moon is involved in his creation, the boy sets out to create frost on everything he touches. 1 Thus, for the next 300 years, the boy earns the name Jack Frost as he playfully creates icicles and causes snowball fights wherever he flies. Through an elaborate turn of events, the Bogeyman, named Pitch, is working to highjack the magical sand of Sandman to produce nightmares. The Man In The Moon summons the Guardians together to fight off this new threat to the Guardians themselves, in hopes to restore hope and happiness in the hearts of children around the world.

But if Bunnymund, Sandman, Tooth, and North aren’t able to thwart Pitch, then who will? In their most desperate hour, Jack Frost must discover his purpose and join the ranks of the Guardians to stop Pitch at all costs. But Jack is apprehensive to becoming a Guardian because he isn’t comfortable with his own pointless existence.

I was always fascinated by these fanciful holiday characters as a child (what child in America isn’t?) and Guardians serves them up with an incredible amount of depth unseen in most Christmas films. Who ever attempted to call the Easter Bunny by something other than “Easter Bunny” and made it work? Have you ever seen a more adorable incarnation of the Tooth Fairy? I have not. The mythos of these childhood symbols for generosity and cheer are mostly well conceived. I found them most entertaining character studies.

Across the board, Guardians wins points for creativity. Not much about the film is a copy from other stories in its niche genre, which would be the easy way to approach it. And while I’m thinking about it Bunnymund voiced by Hugh Jackman (aka Wolverine from X-Men)? Awesome. 2

The premise had me left wanting more. If it weren’t for the fact that Pitch is essentially the one-and-only potential villain that makes any sense, and that Jack comes to grips with his meaning in life, I could see a sequel or a spinoff kids TV show.

Ordinarily, I am one up for kid-friendly animated flights of fantasy. Rise of the Guardians finds itself aiming to be something different from the likes of ordinary Christmas movies, in so doing will attract a number of audiences welcome to yet another re-imagining of classic children’s fantasy characters. The problems that I see in Guardians aren’t so much in the premise, or in the themes present, but in the poor plot contrivances and the absurd logic that the film necessitates. I’m not in favor of telling my children there is a real Santa Claus alive today. I don’t mind telling them the tale, but they have known from the beginning that Mommy and Daddy are the ones that climb down the chimney on Christmas Eve. I don’t want to conjure up competition for my children’s affections, nor do I want to make up for their disappointment when they learn that these fanciful holiday characters are all a lie.

Because I’m of this opinion, it is maddening that it is mission critical that the Guardians in the film spend enormous amounts of effort to prove to the children of the world that they are real — beyond a shadow of a doubt real. The purpose of the film is to drive home the message that children should believe in beings like Jack Frost because it gives them transcendent hope. This is silly and not healthy to teach children with the fervor presented in Rise of the Guardians. Even in the context of fiction, this will toy with children’s psyches. I’m not in favor of this.

It goes without saying that for such an elaborate narrative to work the storytellers introduce an erroneous number of logical fallacies. I’m annoyed by the gross number of them, giving sway to annoying plot wholes.

For instance, at one point in the film, Jack is able to use his icy powers to stop one of Pitch’s maniacal attacks on the Guardians. It’s stated that Jack is ultimately more powerful than Pitch in this manner, so he could stop Pitch whenever he so chooses. But this doesn’t work for what the story wants to do later in the film. To swell the confrontation to incredible heights and put the fate of the Guardians in the hands of others, Pitch encounters Jack again and this time Jack is powerless against him, and nothing he tried before works against Pitch. The film doesn’t offer an explanation for why Pitch is so much more formidable at the climax of the movie. He just is.

The the approach to these characters in Guardians is a step towards the traditional comic book superhero genre. So then, why doesn’t the film go all the way with it, and attempt to make these “super” qualities of the story consistent within itself? In general, modern comics do a much better job of this than Rise of the Guardians. Shame on DreamWorks. Go see this film for the holidays if your family has already seen Wreck-it Ralph. I would avoid a 3D showing since most of the film involves dark shots — where 3D effects show poorly.

If you are for the most part tired of Christmas movies in general, like I am, then there is nothing here worth seeing. It’s just one more Christmas movie, and it has a hint of the unattractive DreamWorks silliness that they bring to all of their animated films.