Too Many Frames Per Second? 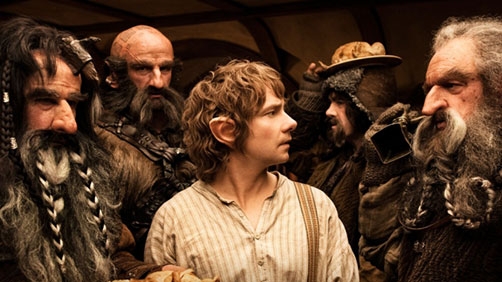 Yes, this is TJ harping on the frame rate thing again. First, a quick quote from an article on Film.com:

Leave it to Peter Jackson to experiment with our ocular health. His latest film, “The Hobbit: An Unexpected Journey,” was shot in 48 frames per second, or double the standard going rate of 24 frames per second. The goal is pretty clear; by shooting with these high frame rate 3-D cameras, he hoped to deliver a smoother image to the movie-going public. Did it work? Or did it make people nauseous? Perhaps a little of both, but it certainly raises the question: Exactly how many frames per second do we see in on a daily basis? Is “The Hobbit” being too ambitious with its fancy new frame rate? Let’s break it down!

This is a pretty good read, but it’s not the whole story.

This whole business annoys the stuffing out of me. And more recently, I’ve been accused of being stuck in the old ways, not knowing what I’m talking about, being an idiot, etc. That’s okay, but the fact is I do know what I’m talking about. Not only have I made it my business to know what I’m talking about, I am a filmmaker by trade. I have been and continue to be at times behind the camera acquiring footage. I have spent countless hours in the edit suite, and I also design motion graphics in After Effects. It is from my standpoint as a motion graphics designer using After Effects that I wish to address this first.

For those of you who may not know, After Effects is a 2D and pseudo 3D digital motion graphics creation and compositing system. As a very quick example, I put together this trailer (as well as edited the film, which you should buy, by the way), and I did all the graphics as well. I did them in After Effects. Go ahead and watch, then keep reading.

Now, I’m not saying I’m some sort of graphical genius or anything, but I know a thing or two about graphics, frame rates, and motion blur.

Having watched that trailer with my After Effects graphics, I want you to do one more thing. Hold your hand in front of your face about half an arms length away or so — just so you can see it comfortably. Now, wave your hand back and forth (you might want to be alone somewhere so you don’t look like a moron, it’s okay, I understand). The faster you wave that hand back and forth, the blurrier it appears. This is motion blur, and it is naturally occurring. This is the way we perceive things in real life.

Now, did you notice something about my graphics in the trailer above? Here, let me show you a freeze frame. Look at that, motion blur. That is a setting in After Effects that applies realistic looking motion blur to animated objects when rendering. Trust me, without that setting, the moving graphic would not be very pleasing. When using this setting, the rendering engine uses all sorts of algorithms to simulate shutter angle and what that object might look like if it were a real object being seen by a real camera at that frame rate, with a normal shutter speed to achieve realistic looking motion blur — the kind you saw when you were waving your hand in front of your eyes.

What does this have to do with anything? A lot. We do things to achieve realistic motion blur when we are acquiring footage as well. Frame rate and shutter speed have a lot to do with this. The higher the frame rate, the less motion blur. Same goes for shutter speed. Have you ever watched sports on TV, or drag racing? Often it looks very vivid and crisp, and has what we call in the business a stroby look. Because there is virtually no motion blur on those images, you are seeing very crisp and clean lines on everything. It’s fine for sports, but imagine if cinema were that way. Yuck!

Peter Jackson keeps talking about how crisp, and smooth, and clean all this 48 FPS stuff is. And I’m sure he’s right. The question I have been asking myself is why would I want this. Everything I have learned about how humans perceive images, about the pleasant effects of motion blur, and how we actually see things in real life with motion blur tells me that Peter Jackson is wrong about all of this.

I have no doubt it makes keying a green or blue screen much much easier because motion blur is a serious thing to contend with on green and blue screen keying (I’m just using keying as one example), but it should be contended with none-the-less if we want realistic and cinematic images.

The bottom line is I think the frame rate issue is an important one, and I think Peter Jackson is going about creating higher quality content in entirely the wrong way. It’s not more realistic, it’s actually more fake looking, and not the type of quality we are looking for.

Understand that I’m not saying the film will be a bad film per se, or that you shouldn’t see it, or that I won’t see it. I’m just making my case that pushing 48 FPS is not good on the whole. I think there are a lot of ways to improve the quality of the images we see, and I think upping the frame rate is the wrong way to go about it. That is my opinion, and it is formed based on the facts, knowledge, and experience I have acquired over the course of my career. You must understand too that I am not one to reject new technology, in general, as many of my friends will attest, I am the first to embrace new technology. But I also don’t hesitate to point out when I think technology advancement is doing something stupid, as I think is the case here.

Feel free to berate me in the comments (this is where I would insert a smiley face if that were something I did on this site, but I’m much to dignified for that here).