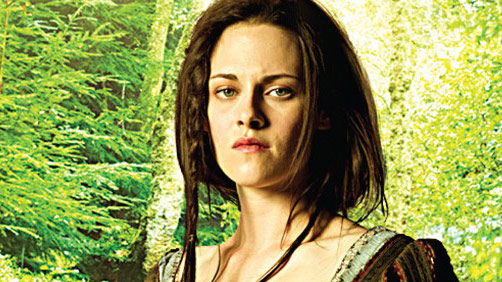 “Yet another kingdom falls to your glory. Is there no end to your power?” Join TJ and Joseph this week for a review of ‘Snow White and the Huntsman’ as they discuss it’s high and low points, as they delve into their likes and dislikes, and as they discuss why TJ loved this film while Joseph didn’t love it so much. They discuss the portrayal of beauty and the contrast between the beautiful but evil queen played by widely haled beauty Charlize Theron, and Snow White played by Kristen Stewart who is by no means ugly, but not considered the beauty that Charlize is and that perhaps the message is beauty is more than skin deep. They also discuss the beauty of the film itself, aspects of The Huntsman’s character they enjoyed and much more. Conversation is also had about TJ’s latest article about the ‘Bones’ Season 8 premiere, TV shows and why we love to talk write about them on MovieByte, and how disconnected film critics can be from audiences at times.