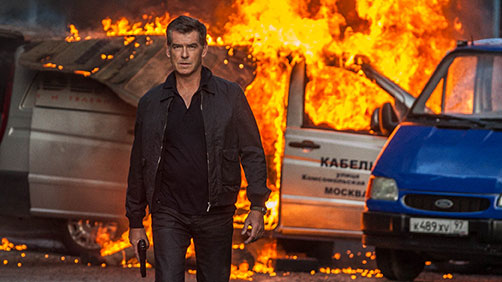 Hang out with TJ and Joe for a discussion of ‘The November Man’ — which both TJ and Joe found to be a pretty poor excuse for a film all things considered. If you like to tune in for the occasional good film bashing session, this may be the podcast for you. But there are also other things that are worth talking about too which they cover at the beginning of the show, such as how ‘Guardians of the Galaxy’ is raking in the dough, plus how ‘Guardians’ cassette player which Star Lord used isn’t very real to life. And then there’s Robert Downey Jr. talking about how there will be no more ‘Iron Man’ films. And the ‘Honest Trailers’ series really influenced ‘Captain America: The Winter Soldier’ and made it the great film that it is today!