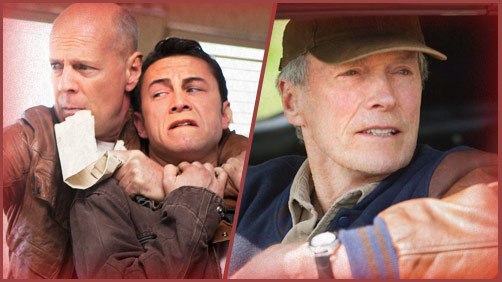 In this episode of MovieByte, TJ and Joseph discuss ‘Looper’ and ‘Trouble with the Curve’, two pretty good films. For ‘Looper’ they talk about the relatively low budget and indie nature of the film, the exceptional acting from the three top tier actors, Bruce Willis, Joseph Gordon-Levitt, and Emily Blunt, the pitfalls of time-travel plots and the nature of time-travel films, how could Cid have become The Rainmaker in the first loop and more. For ‘Trouble with the Curve’ they discuss why critics are dissing such a good film, the lack of budget information available about the film, a drama vs. an action film, the humanity of the characters, Eastwood’s grouchy old man schtick, the poor acting of Timberlake, TJ and Joseph disagree on whether John Goodman is a good actor or good in his role in this film, why the film is not a flop and more.