Episode 17: You Have No Soul 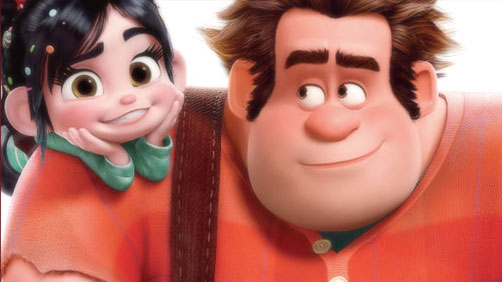 Join TJ and Joseph for some awesome movie discussion! This week they kick off with some follow up on the ‘Star Wars’ discussion with Mathew Vaugn rumored to be in the running to direct Episode VII, plus Joseph really liked the idea of Machete Order. Then they briefly talk about ‘The Amazing Spider-man’ coming on on DVD and Blu-ray. As they have discussed in a past episode, Joseph quite liked the film and TJ didn’t see it in protest. TJ also wrote a short article regarding 3D which TJ and Joseph discuss. Then they get to the meat and potatoes and talk about ‘Wreck-it Ralph’. Wreck-it Ralph is estimated by your hosts to be a really, really great ‘Pixar’ film even though it’s technically not a Pixar film, it’s a Disney film. With John Lasseter executive producing though, who would have expected anything different? They also discuss the idea that Disney and Pixar swapped studio names for ‘Brave’ and ‘Wreck-it Ralph’. They have a lot of fun with this one. And then the discus briefly the also released this past weekend ‘Flight’. Flight was an okay film and worth watching. Be sure to tune in for a great conversation.