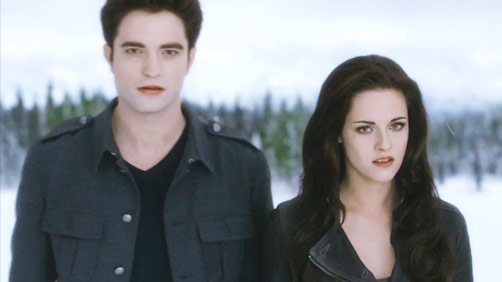 TJ and Joseph are joined this week by special guest Linsay Morgan to discuss ‘Twlight: Breaking Dawn Part II’. Lots of fun discussion about what is good and what is bad about the series, how bad Stephanie Meyer’s writing is, which films have been better and which have been worse (there is much disagreement on this topic), which film had better music (again, disagreement), the male versus female perspective on the series, the difference in Meyer’s vampire mythos versus normal vampire mythos and more. Then TJ and Joseph discuss Spielberg’s ‘Lincoln’. It is difficult not to discuss political views with a film like this but TJ and Joseph make a grand attempt to relate their views but be open and not offend too many people. All in all they determine that ‘Lincoln’ was a well made film but suffers from some historical revisionism. They also briefly discuss (or they try to keep it brief) Corey Poff’s MovieByte review of ‘The Amazing Spider-man’, and the ‘Now You See Me’ trailer.