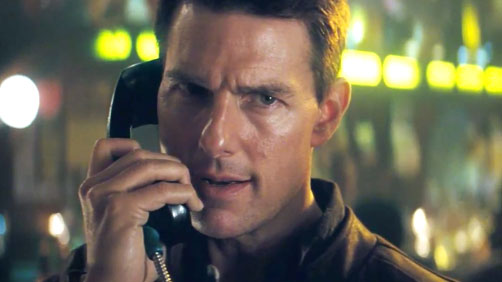 In this episode, TJ gives some really brief thoughts on ‘Les Miserables’ (next week’s episode will be all about ‘Les Mis’), and some follow up on last week’s episode pertaining to ‘The Hobbit’, then they talk about GLaDOS’ voice in ‘Pacific Rim’, and a little about the trailer, then they discuss the horrifying idea of Carrie Underwood as Maria in ‘The Sound of Music’ TV remake, as well as a ‘Cars’ spin-off, ‘Planes’ and their fears and trepidations for that upcoming film as well as some general feelings about Pixar and the direction their films have been going. And the main topic this week is ‘Jack Reacher’, the crime/action/thriller featuring Tom Cruise. TJ found it quite enjoyable, Joseph less so, but still rated it positively. They talk likes, dislikes, Tom Cruise’s performance, what could have been done better, and more.