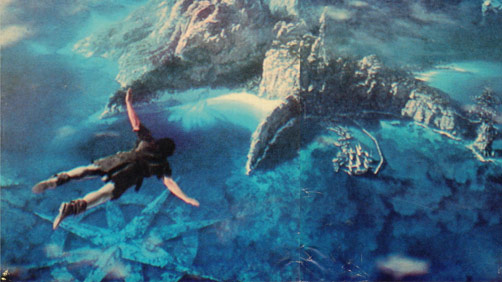 TJ and Joe kick off this exciting podcast to talk about Tennessee Spring Water! No really, it does come up. Then they get to the real episode. Up first is talk of ‘Portal’ and ‘Half-Life’ films in development by J.J. Abrams, plus TJ is flabbergasted that Joe has never played ‘Portal’ before. Seriously, it’s very uncool. Then they touch on the passing of the revered ‘Star Wars’ makeup artist, Stuart Freeborn, whose contributions to the ‘Star Wars’ universe will long be remembered. Then TJ geeks out a bit about ‘The Best of Both Worlds’ (Star Trek TNG) coming to Blu-Ray as a stand alone film/episode. Plus there’s a new ‘Oblivion’ trailer! TJ is excited about it, Joe not so much. And then last for the general talk in this episode, TJ touches on his review of ‘Identity Thief’. Spoiler: it was not a good film. And for the meat and potatoes of this episode, Joe waxes on about ‘Hook’ which TJ only found to be a kind of decent film, but it was a mainstay for Joe. Tune in to hear the debate!