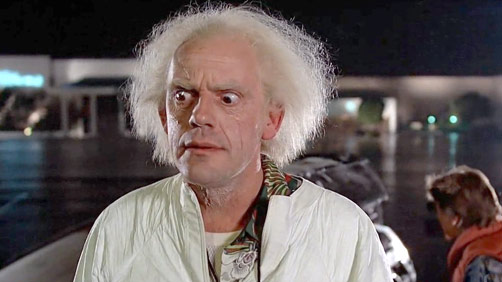 Bear with us guys, this is the longest installment of ‘The MovieByte Podcast’ yet, but it’s well worth it. Get settled in and get ready for some fun. First off, TJ and Joe chat about why the podcast was late in arriving. Joe has been sick, TJ had a baby (well, his wife did). Then they talk briefly about John Williams’ desire to score ‘Star Wars VII’, film and video aspect ratio, as well as the pitfalls of improper TV setups when receiving widescreen HD signals, and Michael Bay is bringing Megan Fox to his upcoming film on the Ninja Turtles? First of all, how well will this work out for Bay seeing as he fired her perviously for personal differences. And secondly, how is this film even getting made? And of course, the main discussion is about the ‘Back to the Future’ trilogy and oh what fun. Joe and TJ pretty much agree completely on the first film. But then they diverge. TJ loves the second film a lot, and doesn’t care for the third one too much, and Joe has just the opposite opinion. But of course, the trilogy is a beloved one by both TJ and Joe and you won’t want to miss this conversation!