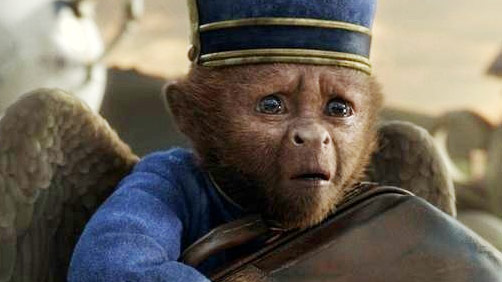 TJ and Joe discuss the track released from the soundtrack for the upcoming film ‘Oblivion’, and how it sounds like it has been influenced by ‘Tron: Legacy’ and how that is a good thing, Joe’s article ‘Star Studded Ratings by the Numbers’ and how MovieByte rates films, the U.K. getting ‘Star Trek Into Darkness’ a week before we do here in the states, Joss Whedon and Clark Gregg on Agent Coulson in the upcoming TV Series ‘S.H.I.E.L.D.’, and why the ‘Oz’ sequel will not feature Dorothy. And that leads TJ and Joe into their main topic today in discussing ‘Oz the Great and Powerful’. A fine film, worth seeing, with a few disappointments. But certainly, when compared with some of the utter rubbish in theaters at this time of the year, it’s the obvious choice when heading to the cinema. Be sure to tune in for the full discussion and review.