Episode 50: As A Five Year Old 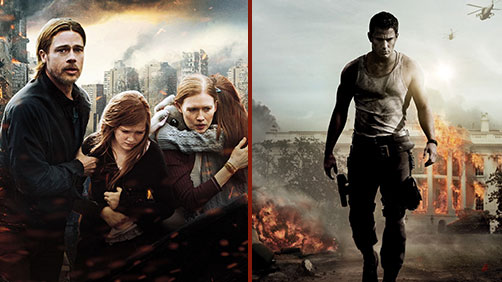 TJ welcomes a new co-host and talks a bit about the future of the podcast. Then they discuss the latest in trailers and movie news including ‘Percy Jackson’, ‘The Lone Ranger’, ‘Pacific Rim’, ‘The Wolverine’, ‘Turbo’, and ‘The Mortal Instruments’. In movie news, Pixar promises more original stories, Peter Jackson talks about releasing an extended ‘The Hobbit’, Julianne Moore is cast to play President Coin, Liam Neeson will star in ‘Taken 3’ for a large sum, Christian Bale will not appear again as Batman, and Goldblum and Pullman are in for ‘Independence Day 2’. The main reviews for this episode are ‘World War Z’ and ‘White House Down’, Both enjoyable films, both rated well enough by your hosts. ‘White House Down’ was a bit more enjoyable to TJ, while ‘World War Z’ was slightly more enjoyable to Chad.