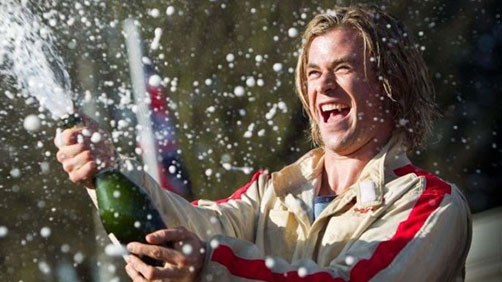 TJ welcomes Chad back from a week of being away, and they discuss changes to the show’s format, keeping it interesting and engaging, and how to be candid with the listenership. That aside, they talk for a few minutes about the tragic death of Tom Clancy. Several of his books have made great films over the years, and there’s one in production now. He will be missed. Then, obviously, they have to spend a few minutes talking about ‘Agents of SHIELD’ because that’s the big new hotness in TV shows right now. And they also discuss a highly recommended video that’s been making the rounds about how to make ‘Star Wars’ great again. TJ and Chad agree with every point. And the topic of primary interest this week is the film ‘Rush’ directed by Ron Howard and starring Chris Hemsworth and Daniel Bruhl.