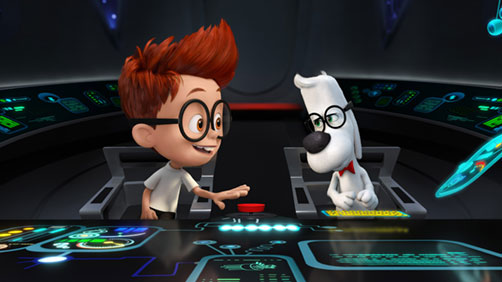 Follow up! Sam the Eagle has arrives and he’s awesome (see the show links)! This leads to a bit of muppet talk of course. And don’t miss, GLaDOS tells us all about the difference between Fusion and Fission. Idris Elba has been cast in Disney’s live action ‘The Jungle Book’ as Shere Khan, which seems just about right. And while TJ thinks the ‘Annie’ remake looks fantastic, Chad is quite a bit less than thrilled. TJ suspects he has had his heart removed. And the primary review is ‘Mr. Peabody and Sherman’ which was better than TJ was expecting but not as good as Chad would have liked. So they met in the middle.