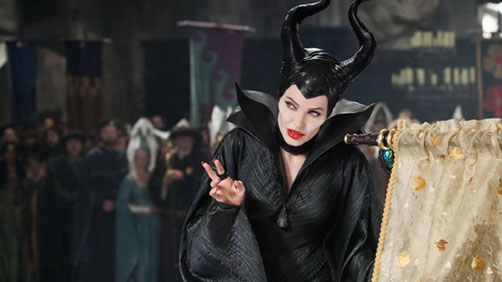 Maleficent is not receiving a lot of praise from critics, but Chad and TJ both think this is a little unfair. The film may not be destined for Oscar season or anything, but it was quite a good film and quite an enjoyable experience. Also of interest: set pics from ‘Star Wars VII’ OF THE MILLENNIUM FALCON. Guys, seriously! We’re living in a time when new ‘Star Wars’ is being made. And they’re building a Millennium Falcon Set. Also some casting news in the form of Lupita Nyong’o's and Gwendoline Christie. Secret Cinema is recreating Hill Valley from ‘Back to the Future’ in London and Chad is probably going to get to go. Lucky dog. And Warner Bros. has moved ‘Jupiter Ascending’ to February of 2015… you know, where all the good films are released… sigh.