Episode 99: We Are Here To Study Your Brain 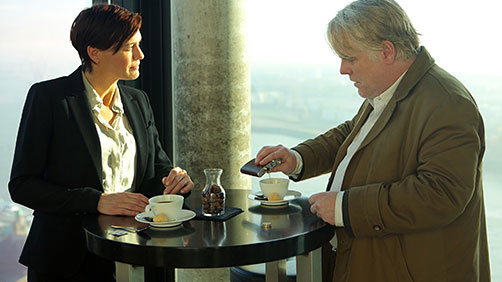 TJ, Joe, and Clark discuss Philip Seymour Hoffman’s final leading role in ‘A Most Wanted Man’. It’s a brilliant performance punctuated by great sadness at the loss of such a great actor. The film is well worth seeing as all three agree. Other topics include Community Season 6 being released to VOD one episode at a time, ‘Star Trek Into Darkness’ deluxe soundtrack, the ‘Mockingjay Part 1’ Trailer, ‘Ant-Man’, and Pierce Brosnan in the trailer for ‘The November Man’.