Episode 14: The Flare is Strong With This One 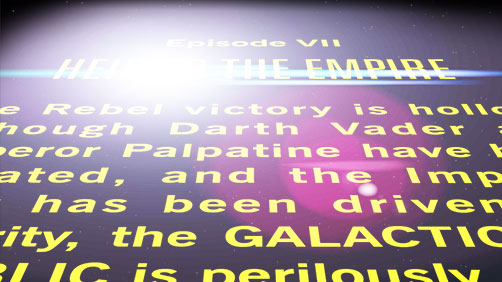 TJ wraps up the week with ‘The Hobbit’ VFX videos, he particularly liked the one about designing Gollum, SuperHeroHype.com’s 9 Things We Want from Marvel’s S.H.I.E.L.D., Tom Cruise playing Tom Cruise the the first TV spot for the upcoming ‘Oblivion’, an upcoming TV show on the SyFy channel called ‘Defiance’, his Gangster Squad review, Jimmy Olsen is a girl in the upcoming ‘Man of Steel’, the Honest trailer for ‘Kingdom of the Crystal Skull’, J.J. Abrams thinks you should be prepared to cry in the upcoming ‘Star Trek Into Darkness’, Joseph’s ‘Broken City’ review — TJ like the film but Joseph didn’t, Joseph’s review of ‘The Last Stand’ and how Joseph should have saved himself the pain and trouble on catching that film, and of course the big news this week, J.J. Abrams is to direct the upcoming ‘Star Wars’ film. Plus find out what films you might like to watch in theaters this weekend!