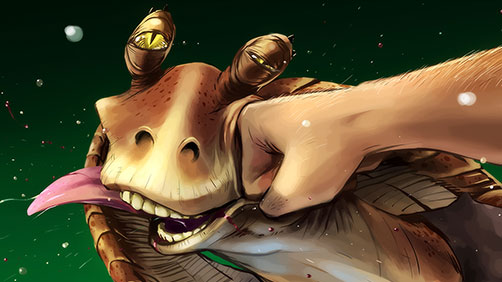 It was a week for trailers, featurettes, and clips. This week, we wrap up with the new trailer, featurette and a clip from John Goodman of the upcoming ‘Monsters University’, ‘The Host’ featurette and trailer, a new trailer and clip for ‘Jack the Giant Slayer’ and some thoughts on Bryan Singer directing that film, a release date for the ‘Les Miserables’ Blu-ray — you’ll want to add this one to your library, Movieology Episode #3 in which Eric and Michael talk about ‘Silver Linings Playbook’, TJ’s review of ‘Identity Thief’ which he did not like at all and recommends you stay away from, Jar Jar Binks getting what he deserves in LEGO form as well as other fun LEGO stuff, a new 15 year anniversary cover for ‘Harry Potter and the Sorcerer’s Stone’, TJ’s review of ‘A Good Day to Die Hard’ which was a not a good film, and what you may want to see or avoid this weekend at the box office.