Episode 35: The Iron Man Is Onboard 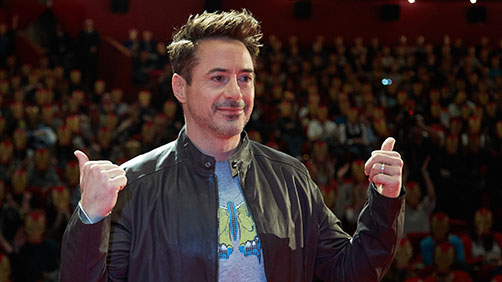 The box office this week is brought to you straight from Krypton since ‘Man of Steel’ took the number one spot. Laremy Legel thinks Spielberg and Lucas are wrong about the upcoming film industry implosion. ‘Man of Steel’ will “reboot” the Batman universe and will not tie in to Nolan’s batman world. Joss Whedon says Loki is not in ‘Avengers 2’. Netflix and Dreamworks have reached an agreement to produce original content. J.J. and George Lucas have not spoken about ‘Star Wars VII’. This may be a good thing. TJ reviewed ‘Man of Steel’ this past week and talked about it on The MovieByte Podcast. He as not pleased or amused, and he most certainly did not like the film. HBO Go and ESPN are now available on the Apple TV. Robert Downey Jr. has signed on for two more ‘Avengers’ films. Helena Bonham Carter has been cast as Cinderella’s Fairy Godmother. And of course, TJ gives the run down as to what you might like to see this weekend.