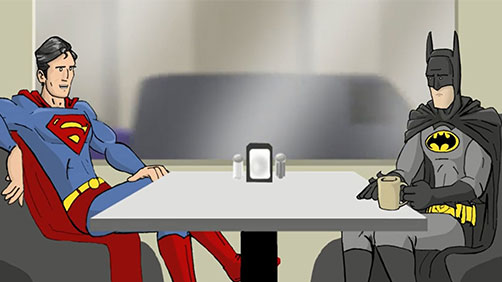 In this episode TJ goes over the box office totals and top earners, and ‘The Wolverine’ is the clear winner here, even if ultimately it was a bit disappointing domestically. Jon M. Chu is talking about making more terribleness with ‘G.I. Joe 3’. And John Williams has been officially announced to return to the ‘Star Wars’ universe and score the new trilogy. Speaking of ‘Star Wars’, episode VII is apparently going to have a big focus on characters according to Kathleen Kennedy, which makes us all happy to hear anyway. The trailer for ‘Escape Plan’ staring Sylvester Stallone and Arnold Schwarzenegger actually looks like it could be good (in other news, bacon has taken wing). And don’t miss Superman and Batman chatting it up about their upcoming film together. In the stupider news this week, ‘Sharknado is coming to theaters… yeah… Of course, ‘The Hobbit’ is getting an extended edition on Blu-ray and there’s a deleted scene clip floating around. ‘Despicable Me 2’ is Universal’s most profitable film, which strikes TJ as sad. ‘Pacific Rim’ is doing well in China and other parts of the globe, making a sequel much more likely than at first it seemed like. And new in theaters this weekend are ‘2 Guns’ and ‘Smurfs 2’. TJ gives you the run down on those and others you will still find in theaters.