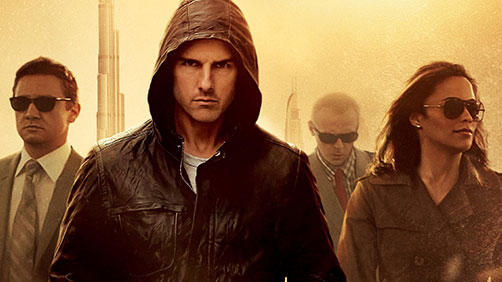 Take a look at which films were at the top of the box office this past weekend, and TJ’s opinion on them, including ‘2 Guns’, ‘The Wolerine’, and ‘The Smurfs 2’. Then James Cameron is upping the ‘Avatar’ sequel count to three, making four ‘Avatar’ films in total when it’s all said and done. It’s kind of a head scratcher really, is there that much momentum? Then it’s time to get Bourne Again (ugh)! And Christopher McQuarries mission, should he choose to accept it (which he has) is to make a great film of ‘Mission Impossible 5’. Tom Hiddleston confirms Loki will not be in ‘The Avengers: The Age of Ultron’. ‘2 Guns’ was reviewed in written form by TJ, then Chad and TJ talked about it on The MovieByte Podcast. The film can’t be recommended for reasons TJ goes in to. The threat of a 5th ‘Indiana Jones’ film is still looming overhead like a great storm cloud on the horizon. A strange looking film, and a strange trailer about a guy falling in love with his Operating System is on deck. But TJ is not completely willing to write it off. And of course, find out what to see this weekend!