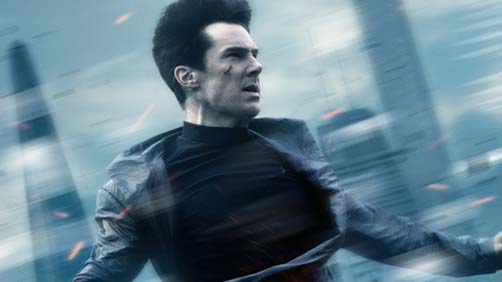 TJ missed a week due to the Thanksgiving holiday, so buckle up while he tries to keep things from getting entirely too long. First up, ‘The Wovlerine’ sequel will be based on an existing comic book arc. Since that was also the case with the previous film, and it was a really good film, that seems like a fine idea to TJ. TJ, Chad, and Mike Fissel recorded episode 70 of The MovieByte Podcast talking about ‘Catching Fire’ which was really good and none of them really had anything too bad to say about it. TJ also released a ByteSized Video Review about the film. Also find out why Francis Lawrence is crucial to ‘The Hunger Games’ franchise. In the sad news this week, Paul Walker of ‘Fast and Furious’ fame died at the age of 40 in a fiery car crash. In light of that news, Universal has halted production on ‘Fast and Furious 7’ which he was in and issued one of the more tear jerking press releases in recent memory. TJ’s not a fan of the ‘Fast and Furious’ franchise but his thoughts and heart goes out to those close to him. ‘Pirates 5’ is reportedly looking at Keith Richards returning, and at casting Christoph Waltz as the villain. Why are they making this again since ‘Pirate 4’ was so awful? JJ Abrams says hiding Khan’s identity from the world was a mistake and that he should of put it out there and allowed people to acclimate to the idea. As painful as it is to say this, TJ thinks he’s right. Ben Affleck inserted 9 minutes of additional footage in to the ‘Argo’ extended edition Blu-ray. TJ is really looking forward to seeing that. ‘X-Men: Apocalypse’ has been announced. Even though ‘X-Men: Days of Future Past’ hasn’t even made it out of the gate yet, TJ’s exited for it and looking forward to it as long as Bryan Singer is involved. Of course don’t forget to listen in as TJ runs down your options for what to see this weekend!