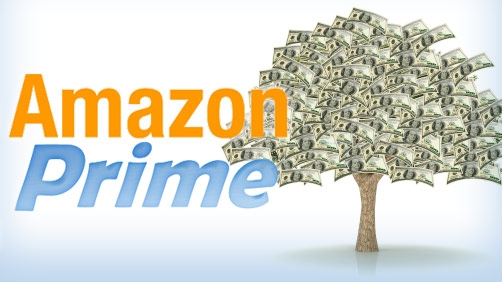 Reed Hastings says that, one day, Amazon will provide real competition for Netflix.

But the Netflix CEO says Jeff Bezos will have to spend a lot of money before that happens: Hastings says Amazon is losing between $500 million and a $1 billion a year as it acquires streaming video content rights.

Hastings says he generated those numbers based on the value of the content deals that Amazon won when the two companies competed head to head. He says he thinks Amazon’s costs are split evenly between its U.S. operations and Europe, where it operates the Lovefilm streaming service.

Last month, Netflix said it was on track to spend $2.1 billion on content over the next year.

It’s astounding how much a company like Amazon will lose in the process of getting their foot into the door of an emerging market. This reminds me of the loss Microsoft took early on to create and sell the Xbox. Microsoft, at the beginning, lost money on the Xbox because of the costs to produce the product with state-of-the-art technology.

Unlike so many others, I bet you Amazon Prime will survive and grow to become the strongest competition for Netflix. With that in mind, I’m curious to see what becomes of the adversarial relationship Apple and Amazon share. With Amazon Prime, the Kindle, iTunes, and iPads, these companies are not apt to work together much.

Netflix is already established on Apple devices, like the Apple TV. Amazon Prime is not likely to make an appearance on such Apple devices, which will hinder the growth of their consumer base.