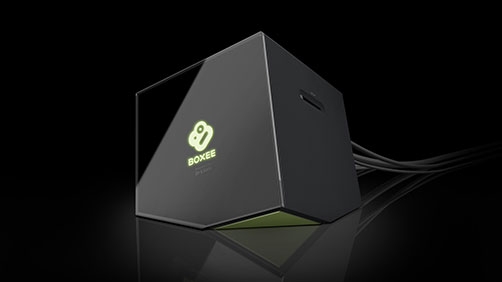 The majority of homes are still on traditional set top boxes — their experience has not changed much over the past couple decades. The biggest change has been DVR and video on demand. Even in homes that have a connected TV or a connected Blu-ray player or there’s Netflix on Xbox — if you look at the amount of time spent actually consuming entertainment, the majority of the time is spent with the traditional box and the old UI. That’s the reality right now.

I’m not sure people want everything on demand. They still want some things live, like sports or reality TV. And there’s the water cooler effect that this generation is also experiencing via Twitter — there’s value in watching a show live if there’s a conversation going on on Twitter or Facebook. So I think there is still a lot of value in live.

He makes a somewhat valid point, but I don’t think it’s fair to say that people don’t want everything on demand. I think live sports is the only exception and I think there are ways around that problem — live streaming (that works), and made available on demand after the game.

The biggest thing that bugs me is that the indication is that because most people don’t have a Boxee setup of some kind, they are just into traditional media distribution. Well, I’m an on-demand type of guy and I don’t have Boxee. All their stuff has been really stinky from a usability stand point so far. It’s too fiddly. Say what you will about the old model, but it’s easier in that everyone knows how it works. You turn your channel to a specific network, and you see what that network is sending out over the airwaves and over cable. Producing a poor interface in addition to the content providers fighting the business model and you have a loosing proposition.

Even my beloved Apple TV doesn’t get it completely right, there are things about the interface that are cumbersome and complicated. The frustrating thing is it’s not entirely Apple’s fault (whereas Boxee’s kludginess and usability issues are almost entirely their own fault), though some of the interface problem are Apple’s fault.

The future, while here in some ways, still feels far off in others.