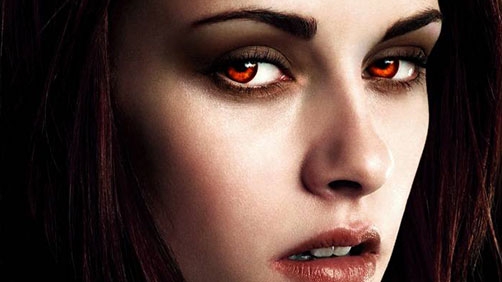 The Twilight Series, love it or hate it, is now a part of our popular culture’s history. A lot can be said and a lot has been said about this series. Stephanie Meyer’s series of books seems to be very polarizing for most people.

For me though, I tend to fall on the side of loving it more than hating it. What I mean is this: I think the writing of the novels is fairly horrible. But as a sci-fi/fantasy nerd, I love the core story of this series. As such, though I liked the books and was able to read past the sometimes horrible writing, I enjoyed the movies perhaps more because I didn’t have to suffer Meyer’s writing. Though there’s still plenty of sappy love story in the films, it is more tolerable and easier to stomach.

And while New Moon is still the best of the five films in my opinion, Breaking Dawn: Part II is a pretty decent installment in the Twilight film series.

One thing that is a little bit interesting about this film is that it is a part two of two. The novel the two parts are based on, Breaking Dawn, is in my opinion easily the best novel in the series. Most of the sappiness was gone, we didn’t have to spend pages upon pages of reading Bella talking about Edward’s eyes. Instead, the story was front and center and it was compelling and fulfilling. And much like a three act screen play, the book has three very distinct parts, beginning, middle, and end. I think this represents a particular challenge when adapting a single novel consisting of three acts into two films. And I felt like the first film did a good job of taking half of the novel and turning into three acts. I really liked Breaking Dawn: Part I.

This film however did not do as good of a job in that adaptation. The reason is likely because it seems to me that the divide was a little lopsided. I don’t know how else they could have done it, — how do you split three parts into six parts (three acts per screen play) — but part one consisted of approximately two thirds of the novel. Therefore, part two which is before us now consisted of only the final third of the novel. As such the pacing felt just a little bit off and the story under-developed. I will say though that the handling of the confrontation with the Volturi was pretty brilliant, even if for a few moments I was ready to walk out of the film I thought it was so bad. I’m sure that one thing the filmmakers were very aware of is that a large portion of the audience for the films have read the novels so there’s not much surprise left. Any good filmmaker wants to engage you in the story and surprise you where appropriate. The way they accomplished this is a slight change in the focus of why Aro decided it might not be such a good idea to finish his confrontation with the Cullens.

By shifting the focus from Bella’s shielding ability, which admittedly would have been much harder to pull off in a film rather than a novel, they were able to let a vision from Alice, which Aro had the ability to see, put him off from his plan by seeing how much he would loose, how violent the battle would be. But the brilliant stroke is that we as the viewers don’t recognize that we are seeing Alice’s vision with Aro. The reason we don’t recognize this is because nowhere else in the film do we see what Aro is seeing. In fact I thought it ponderous at times that when Aro would hold someone’s hand to read their mind they would never show us what Aro was seeing, only explain it. I thought it was laziness at first, but after the climactic scene I understood it completely and it was a master stroke.

But the way it unfolded was looking so different from the book, and so off-putting I was ready to walk right out of that theater in disgust. Because we are seeing Alice’s vision of good guys getting killed, Carlisle and Jasper for instance, but we don’t know it’s a vision. We are seeing an all out battle that didn’t take place in the book. Jacob is running off with Renesmee to protect her, Bella and Edward are kicking some vampire butt and more. And just as Aro is being killed, suddenly we are back at Aro holding Alice’s hand and we realize this was all part of a possible future Alice saw.

As I said, I thought it was a master stroke.

Unfortunately, there wasn’t a lot else about the film that was done in a compelling way like this. The rest was a fairly straightforward, workman like, and condensed adaptation of the final third of the book. It was fun to see Bella as a vampire, no longer a winy and breakable human, but pulling her own, ready to fight, developing her shielding ability, beating Emit in an arm wrestle contest and more.

Much has been said about how horrible Kristen Stewart is as an actress, but I have never found this to be true, and this film is no exception. Though her personality remains the same, I felt she was able to capture the nuance of the change from frail, human Bella, to vampire Bella.

I did find it interesting that the film chose to start turning her eyes to butterscotch so quickly. The books always made it sound like her eyes would be red for a year or more before her “vegetarian” diet of animal blood only and not human blood would change her eyes from red to yellow. But I think the filmmakers wanted to make sure we understand that Bella was exercising extraordinary control and not drinking human blood ever.

One thing that I think perhaps may have been a concern to the studios and filmmakers involved is the suggestion of pedophilia. How do you pull off the imprinting thing without it getting weird. I will admit that the concept of werewolf imprinting is a bit out there. And the whole way much of the tension is resolved is that Jacob imprints on Renesmee. Now, most of us who are fans of the book understand that this is not necessarily a sexual thing, but getting that to come across right onscreen may be a bit of a challenge. Indeed, they delayed telling us about the whole imprinting thing in the film series until the third film. And if I am recalling correctly they really didn’t go into the idea that a werewolf could imprint on a child.

In Breaking Dawn: Part I, they had to go into it of course because Jacob imprinting on Renesmee is extremely important. But we immediately zoom into the future to see a 20-something Renesmee to try to skirt around the possible awkwardness. In the book and in the movies, I think we understand that Jacob is simply a big brother for the time being.

It’s fantasy and it’s a little weird, but I think it works in the context of the story.