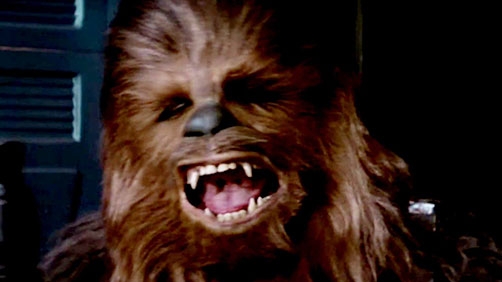 Prometheus writer Damon Lindelof may not be writing Star Wars Episode VII, but he can still suggest plot points. On Thursday, FirstShowing.net debunked some pretty rampant and persistent speculation that 1952, the science-fiction project that Lindelof and Brad Bird are writing for the new owner of LucasFilm, Disney, was the code name for a new Star Wars trilogy. But just two days earlier, when rumors were still making the rounds, Lindelof took to his Twitter feed to suggest some Episode VII ideas that were better suited to a Robot Chicken Star Wars special. “Chewbacca’s great-great grandson is named Drewbacca and he must overcome his allergies to lasers and meat,”  wrote in one Tweet, which sounds just a tad more entertaining than the plot to the Star Wars Holiday Special.

In another, he suggested: “Yoda’s Ghost gets annoyed by Obi-Wan’s Ghost (too much whining) and they fight with Ghostsabers.”

Lindelof posted both with the hashtag “#IdeasForEpisodeVII”