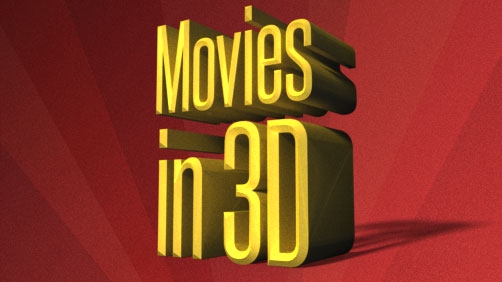 I have a confession to make. I have avoided 3D movies pretty much all of my life, believing them to be gimmicky and stupid. As such, I had never seen a film in 3D before this past weekend. Yes, you read that right. Here it is in 2012 and I had never seen a movie in 3D. I’ve been to many, many, many, movies, but never once have I ever had the desire to see a film in 3D.

I knew that I needed to see at least one film in 3D so that I could better speak to the phenomenon. So I saw Wreck-it Ralph in 3D. The decision to see this particular film in 3D was somewhat difficult. I didn’t yet know how good the film was going to be, but I wanted it to be good and I didn’t want to distract myself with the 3D experience.

But what film did I want to have the 3D experience with? Not a live action film if I could help it. So Wreck-it Ralph in 3D it was.

It was a gimmick. It did not further the story telling in any way. And though it didn’t hurt this film in terms of telling the story, it just didn’t help it at all. In fact, there was definitely a more fake quality to the 3D aspect of the film. The further out an object appeared to be sticking, the worse it was.

But what was far worse, it strained my eyes and hurt my head something terrible. It was a bothersome distraction and I don’t think it was very good for my eyes.

There were also times when it seems out of place, instead of furthering things along it seemed distracting.

Spectacle. Filmmakers love spectacle, but this is the wrong kind and the wrong emphasis. If it does not further the story telling, if it hurts the viewer’s eyes (who knows, maybe I’m an exception), and if in some ways it distracts, then it doesn’t belong in the film.

It did not completely ruin my Wreck-it Ralph experience — indeed, I thought it was a great film — but it would have been a far better experience in 2D. This is a 2D art form, we don’t need gimmicks like 3D to enhance it.