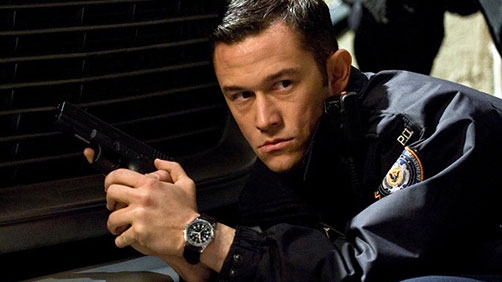 On Tuesday, rumors that Gordon-Levitt would step into the shoes of Batman in the upcoming Justice League movie picked up steam thanks to reports that Gordon-Levitt would establish his version of the character first in a cameo in Zack Snyder’s Man of Steel. But Hollywood.com checked in with Gordon-Levitt’s reps who have refuted the rumor entirely. For now, The Dark Knight Rises actor’s continued involvement in the DC Movie Universe remains a fan dream.

TotalFilm.com had this to say:

It always seemed an improbable fit, with Nolan’s characters unlikely to sit comfortably next to the likes of Green Lantern and Superman.

Now, some people are going to say that of course nothing is going to be confirmed until Warner Bros. is good and ready to make an announcement. But really, this didn’t make much sense to begin with. “The Dark Knight Rises” makes it clear that JGL is Robin, so turning him into Batman seemed a bit…odd (though yes, the end of ‘Rises’ does suggest he steps in to replace Bruce Wayne in fighting crime).

A couple of things.

First, Gordon-Levitt’s reps refuting the rumor does not mean definitively that it’s not happening. It just means that if it is happening, they’re under obligation to refute the rumor. I’m not saying I still think it’s happening, I’m just saying I don’t completely discount it. Granted, I’m not a well connected journalist in this business and I don’t have well developed spidey senses to tell me when something rings true and something rings false. But taking a refutation from Gordon-Levitt’s reps as proof positive seems a bit odd to me.

Will Joseph take up the mantle of Batman? I don’t know. I hope not, but it seems like something the “powers-that-be” would do. I can almost see as if in front of me the conversations taking place about how well The Avengers did, how they could start putting cameos and end credit appearances of other characters from other DC franchises in films and make boatloads of cash like The Avengers. Never underestimate the executive producers’ and studios’ greed.

Second, why would this be any more of an improbable fit than any of the characters in The Avengers? Norse “gods” in the same world as science driven Tony Stark? Or The Hulk and Captain America?

Third, it’s not like JGL taking over as Batman is an unpopular theory, or even an unwarranted theory. Sure he’s Robin, but Nolan has taken the Batman mythos and made it suite him in many other ways. Nothing says that the fact that JGL was Robin means he’s going to put on a red and yellow suite with beige tights.

And that’s all I’ve got. I still feel the same. I think it could happen, I really hope it doesn’t.