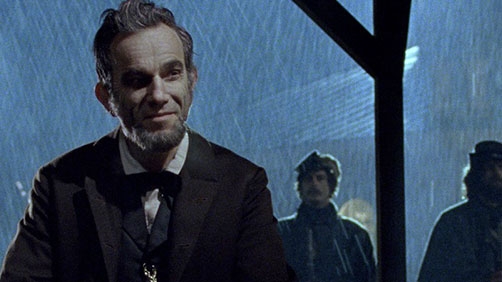 Did you know that from the time of the Founding Fathers until the time of President Lincoln, the date Thanksgiving was observed varied from state to state? The final Thursday in November had become the customary date in most of the states by the beginning of the nineteenth century, but Thanksgiving was first celebrated on the same date by all states in 1863 by a presidential proclamation of Lincoln.

Influenced by the campaigning of author Sarah Josepha Hale, who wrote letters to politicians for around 40 years trying to make it an official holiday, Lincoln proclaimed the date to be the final Thursday in November in an attempt to foster a sense of American unity between the Northern and Southern states. Because of the ongoing war and the Confederate States of America’s refusal to recognize D.C.’s jurisdiction, a nationwide Thanksgiving date was not realized until Reconstruction was completed in the 1870s.

So, if you have Thanksgiving on your mind and you would like to see a movie that somehow relates, then perhaps you are interested in the biopic film Lincoln.

Dreamworks’ description of the film:

Steven Spielberg directs Daniel Day-Lewis in Lincoln, a revealing drama that focuses on the 16th President’s tumultuous final months in office. In a nation divided by war and the strong winds of change, Lincoln pursues a course of action designed to end the war, unite the country, and abolish slavery. With the moral courage and fierce determination to succeed, his choices during this critical moment will change the fate of generations to come.

This is the experiential tone of Lincoln fit to a tee. The most notable reason you should watch Lincoln is the acting. A brilliant collection of well-cast performers mesh together one of the most compelling dramas of cinema for 2012.

Daniel Day-Lewis get’s all of the attention from other reviewers, so let me indulge other’s in this film for a moment. Daniel as Abe is not the only performer that is especially noteworthy. There is also Tommy Lee Jones playing Thaddeus Stevens, who arguably steals the attention away from Lincoln’s character throughout the film. I thoroughly enjoyed Tommy in this role he seemed born to play. Ironically, before I had seen the film, trailers left me suspecting he would stand out like a sore thumb. In hindsight, Tommy bested the film. Some might even say Stevens is more interesting than Lincoln.

What really sells the story though is the polished screenplay and intertwining supporting characters’ subplots that add flesh to Lincoln’s narrative. Mrs. Lincoln was possessed by Sally Field. Joseph Gordon-Levitt is an admirable Robert Lincoln. Other charismatic performances all-around come from David Strathairn, James Spader, Hal Holbrook, and one of my personal favorite talents, Lee Pace. I could’ve watched another hours-worth of their characters explored without taking notice of the time.

It’s critical to note that the story of Lincoln — the man and president — is fairly well known to Americans. But the story of the people around him that made his life and times momentous are what Lincoln is really about. The film uncovers little about Lincoln; it sheds light on many of his contemporaries. Steven Spielberg furthers his craft with Lincoln, I believe. His career is one of the few of directors that is watched closely on the world’s stage, and it is one worthy to behold and study. This movie is very much Spielberg. What a delight to see his talents put to good use on thought-provoking historical drama.

It’s worth noting too that the historical authenticity of Lincoln is one of an all-time high for motion pictures. Not only do the locations, costumes, mannerisms, accents, and vocabularies belong to 1865, but even the little things that ninety-nine percent of the audience will overlook were given attention in Spielberg’s pursuit of refinement.

One such detail in the film is the ticking of Abe’s pocket watch. For the sound of the watch, Dreamworks recorded the ticking of the real Lincoln’s watch from the museum. So what you hear is the same as what Lincoln himself heard 147 years ago. It raises my goosebumps just thinking about it, as it did when I heard the tick-tock watching the film. Lincoln is the sort of historical fiction you don’t usually want to see in theaters until you find yourself ten minutes into the watching. The cinema is reserved by many moviegoers for big budgetted animation flicks, sci-fi action extravaganzas, and grandiose car chases that end in eighty feet tall explosions.

But because this is Spielberg’s film it garners all sorts of attention that the same movie would not have with a different director. This isn’t to say Lincoln is underdeserving of the critical acclaim showered upon it. I have to agree with this assessment from Slate reviewer, Dana Stevens:

Lincoln feels like a movie Steven Spielberg has always been fated to make. Of course these two figures were bound to collide at some point: the most mythic of American presidents and the most myth-making of American filmmakers. The values Abraham Lincoln has come to represent in the collective imagination — freedom, equality, justice, mercy — are the same values Spielberg has spent a career celebrating and not infrequently sentimentalizing.

And that is what makes Lincoln the movie, a great work of film. Yet, it’s not neccessarily historically accurate. For instance, there is plenty of evidence to indicate that Abraham Lincoln, the real man, was not inclined to treat black slaves as equals to the rest of mankind. Rather, he wanted to end slavery for a mixture of reasons that had less to do with transcendant morality and more to do with political gain.

With that in mind, many history buffs are frustrated with Lincoln because they want a historically accurate account. This movie portrays Abe Lincoln with a glorification of his finer fictitious values: his many kindnesses, his patience, his love for humanity, and a profound intuitive sense of justice and mercy… It is no secret that like the Lincoln Memorial itself, Lincoln is a white-washed portrait of a human ideal — not a complete or accurate representation of the 16th U.S. president.

It is somewhat expected that the film would get sappy about Lincoln. But was it helpful to the narrative? I don’t think so.

Apart from a few lackluster TV specials, I’m not aware of a film that attempted to tell Lincoln’s story quite like this one. Lincoln was a complicated president — both loved and hated. His actions those last four months of his life are some of the most important moments in our nation’s heritage, yet so few filmmakers have attempted to bring this story to cinemas. It’s because Lincoln’s story is bitter/sweet, simple/complicated, and victorious/tragic all at the same time that it’s an intimidating story to produce to film.

I believe this is the first film to accomplish a quality of excellence and intimacy with Lincoln. Is it the most satisfying? Is it the most accurate? We will keep on debating this as long as Steven Spielberg’s career is at the center of American pop culture.

Does it tell a story that is worth watching? Most definitely. Filmmakers will be hardpressed to do a better job exploring the lives of those people in Washington D.C. circa 1865 that made an earth-shattering impact on American’s rights.