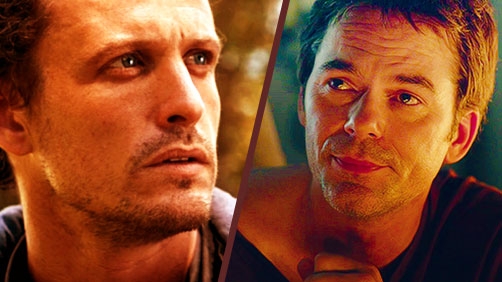 Well, that’s it. Ten episodes of Revolution are in the history books. Now we wait four months to find out if our brave protagonists survive.

If you have not yet seen Monday night’s episode ten, Nobody’s Fault but Mine, then you may want to come back to this article later. There will be spoilers ahead.

This mid-season finale found what’s left of the Matheson family reunited, if briefly. The reunion of Charlie and her mother Rachel came fairly early after everyone but Miles was captured by the militia. The uniting of the entire family came toward the end.

Charlie’s reunion with her mother was not all hugs and roses. Overcome with emotion and shock on seeing her mother, Charlie will not let her mother embrace her. Rachel, upon hearing that Charlie went to find uncle Miles takes her turn at surprise, “Miles is here? Did he hurt you?”. The Matheson family is obviously not all fun and cuddles.

In an attempt to get his band back together, and out of the clutches of Monroe, Miles goes to Major Neville’s home and takes Neville’s wife captive. With her at sword point, he demands that Neville bring the captives to him. Neville’s wife is apparently made of tough stuff because she tells Neville not to do it. He proclaims he has no choice and retrieves those that he is able to — Aaron and Nora — telling Miles that Charlie and Danny have been taken by Monroe to a testing facility.

As Miles is locking the Nevilles in a closet, Neville informs Miles, “You know I’m going to kill you for this, right?” I’m sure we will be seeing something from that.

We also learn more of just how close Miles and Sebastian “Bass” Monroe are… or were. It seems they pretty much grew up together, went to the military together, went to war together. And when they came back, Monroe revealed he expected to be dead by now and he didn’t want to live. It seems his family had been killed by a drunk driver in a car accident and there is some serious survivor’s guilt left over. Miles declares that he is Monroe’s brother and takes the gun he is holding, obviously thinking of killing himself with, away from him.

With this flash back framing in view, we see Miles and Bass meet up, guns aimed. Bass begs Miles to come back. He says, “It’s better, simpler, with you here”. They put down their guns, strangely, then Miles says, I’m sorry I didn’t kill you the first time. You’re not the same person. You’re too far gone. We’re not family. Not anymore. I have a family. You are nothing to me.” And then it’s fisticuffs, followed by swords.

In order to keep Monroe’s goon, Sgt. Strausser from murdering her children, Rachel agrees to finish the pendant amplifier, which she does. Quite satisfactorily, she also gets a chance to kill the creeptacular Sgt. Strausser. I cheered. He was a bad dude.

Unfortunately, no one thought to destroy the finished amplifier/there wasn’t enough time. And as our brave crew is escaping, a helicopter rises out of the yard and trains guns on our heroes. Cue credits.

This was a good mid-season finale. There were several times when I was calling out instructions or frustrations to the TV. I was engaged. I was telling Miles not to leave people at his friends place, not to stay there! I called out for Miles to shoot Monroe while he had the chance. I was yelling at Charlie to run at the end when she was waiting for Miles to appear. I was yelling at Aaron to quit fumbling with the matches and blow the wall up already.

I have felt all along that the acting in this series has been pretty good, with the occasional exception of Tracy Spiridakos, but she’s getting better. And this episode is certainly one of her top performances.

David Lyons is doing a great job of playing a Psychopathic baddy, charming when it suits him, completely lacking empathy, and completely self centered. No complaints there.

And Billy Burke as Miles is certainly showing us a good range of emotions and feelings. He’s not perfect, but he’s come a long way and he’s on a journey. As far as I’m concerned, this show is about Miles and his journey.

There’s a lot of questions I still want answered of course, but I don’t want them answered too soon, and I’m sure we’ll get more answers come March 25. It’s going to be a long four months.