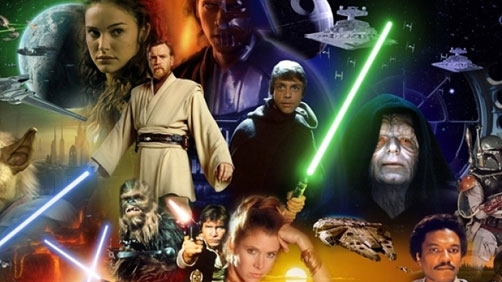 Why you should watch Star Wars movies out of order

The other day, TJ Draper and I recorded our MovieByte podcast. In this latest episode, we talked about the eventful Star Wars news, and what it means for future episodic releases in the franchise.

But TJ couldn’t help himself. He wanted to address films I through VI too. It was actually a lively discussion, seeing as how no two Star Wars fans’ perspectives of the films are exactly alike, there was room for debate about the merits of each film.

In so doing, TJ remarked that he likes to watch the films in the Machete Order. I hadn’t the faintest idea what he was referring to.

TJ shared this site with me and said that any true Star Wars fan was at least aware of it. True, I am a Star Wars fan (the years of membership to Star Wars Insider and the extensive action figure and model Star Wars space crafts that are still in my possession and displayed on my bookshelves to prove it) so I was slightly hurt that TJ didn’t see me for what I truly am: Luke’s long-lost younger brother—the character most of the next trilogy is about. *wink, wink*

So I got over to Static.NoMacheteJuggling.com and read up on the Machete Order to prove to myself my faithfulness to that far away galaxy. And, friends, I think Rod Hilton is really onto something here. The Machete Order makes a good case for why fans should watch the films as follows: Episode IV, V, II, III, VI.

Skip Episode I entirely, don’t spoil the reveal that Vader is Luke’s father, right when things look bleakest watch two installments of backstory, reveal that Leia is Luke’s sister in Episode III… and best of all, add more value to the epic finale that is Return of the Jedi by raising more stakes.

Something that I really agree with Ron about is the parallels between Anakin in III and Luke in VII are apparent when you watch them in this order. It’s conceivable that Luke is swayed by the dark side, much like his father was, when you see a back-to-back of their progression in these episodes. This makes the prequels seem relevant, and Episode VI more dramatic and compelling than it already was.

I recommend that if you haven’t read up on the Machete Order you add it to your “read later” queue. It’s one of the best perspectives on the Star Wars movies that I have read in a long time.