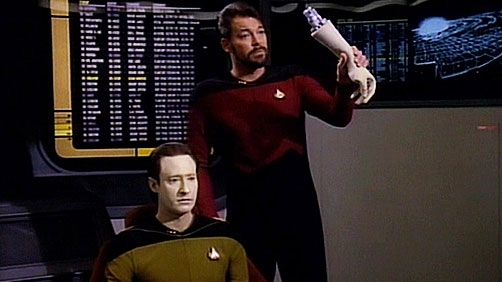 Adding to the exclusivity and collectability of the Blu-ray release is an HD, “Extended Cut” of “The Measure of a Man,” this includes deleted scenes and different angles from the broadcast version. The original version of the episode is included, as well as a “Hybrid Extended Cut,” combining the high-definition on-air version of “The Measure of a Man” with video of the extra material taken from an early VHS rough-cut of the episode that was in the writer’s (Melinda Snodgrass) archives.

This is awesome! Despite the fact that Seasons 1 and 2 turned out some real trash, The Measure of a Man is some of the best of Star Trek and I can’t wait to get my hands on this.