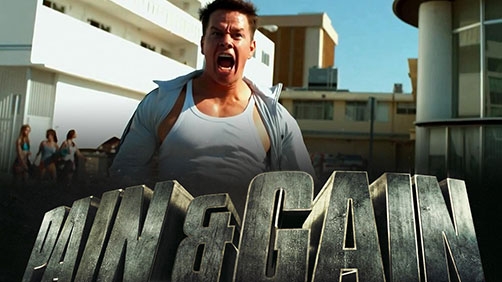 The only new film this past weekend worth mentioning was Pain and Gain and I was/am so not interested in that film. Ugh.

But, let’s see how things went down.

The budget for this bad boy from Michael Bay was $26 Million. So it’s very close to making it’s money back. BUT, Iron Man 3 opens this weekend. Will enough people opt to see Pain and Gain over Iron Man 3 that it will get up to its budget? Probably, but I’m guessing it won’t go a lot over. Time will tell the story.

Frankly I’m a little disapointed that this film didn’t take the top spot for a second week in a row — it was such a good film. But on a budget of $120 Million it’s doing well enough for its second weekend. Unfortunately, I think that Iron Man 3 is going to kill it from here on out, which is a shame. While I too expect to like Iron Man 3 a lot, I wish that this film could have had a few more weeks to get itself up higher in the rankings.

I’m thrilled that this film is still ranking and doing well. It was made on a budget of $40 Million and it is easily the best new film I have see so far this year. This is the third week out for 42 and given that it’s a drama and not an action film, I find it awesome that it’s doing well. My faith in humanity has been somewhat restored.

What on earth is this? This is its first wekeend out, and It apparently had a budget of $35 Million so I’m guessing there is zero chance it will get near making it’s budget back. And I say again, I have not heard of it so…

Weekend #6. Talk about your box office smash success. I must make time to see this!

Well, it’s not a great film, but apparently I am alone in that assesment.

Why will this film just not go away?!?

This film hasn’t exactly killed it (which is too bad since it is far better than G.I. Joe), but it’s made a little bit of money.