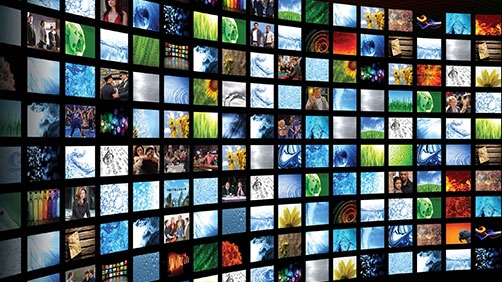 The latest data from analytics firm Flurry research shows that mobile apps are now used by more than 50 million people in America during the most hectic period of the day. And that moment is at 8:00 p.m. — smack in the middle of TV’s prime time. On weekdays, 7:00 p.m. to 9:00 p.m. is the stretch when mobile apps reach more than 50 million U.S. consumers. This happens to coincide with the time most big broadcast television shows air. It probably is no coincidence that while mobile app usage exploded between 2011 and 2013, the most important prime time shows started imploding. “American Idol” is now only a shadow of its former self; its audience collapsed to just 12 million people last Wednesday. “Survivor” has plunged below 10 million viewers.

But that’s not the point here. The point is mobile app usage is having an impact and I don’t disagree with that.

Of course, apps are not the only problem broadcast TV faces: many cable shows from “Bible” to “Game of Thrones” are hitting record audiences even as NBC and CBS fade away. Netflix just had a blockbuster hit with “House of Cards.” More will follow from Amazon, Hulu and others. According to Cameron Yuill, CEO of AdGent, long-form video is now the hottest tablet content growth segment.

If you look really, REALLY hard there is a narrative here to follow…

So what is the narrative? It is this: the old model is dying. People no longer want to make sure they are in the right place at the right time to catch their favorite content. Like me, more and more people are moving into an “on demand” model, and if the content isn’t available, they’ll simply skip it.

I really REALLY love a TV show called Burn Notice. But USA Network does not make it available to Hulu users using the Apple TV. Sure I could watch it on my computer but that’s a pain, and it’s harder to watch the show with my wife. The show is essentially not available to me on demand and therefore I wait for the full season to come to Netflix. THAT is the attitude that is hurting Broadcast TV.

Wake up call to all the content providers still stuck in the old model: the world is changing around you. It is a simple fact. You either change with it to stay relevant, or you WILL go bankrupt.