Dan Benjamin and ‘The Wrath of Khan’ 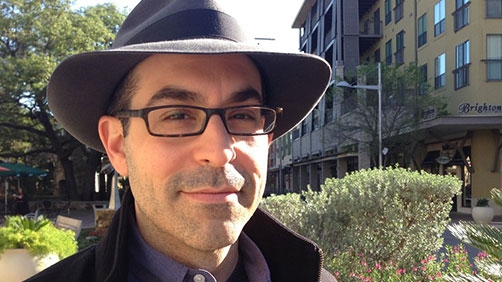 I am pleased to announce that next week, Joe and I will be joined by the esteemed Dan Benjamin of 5by5 on The MovieByte Podcast, and we will be broadcasting that episode live. But it will not be at the normal time. Dan’s availability is such that we will be doing the show live on Thursday at 3:30 PM Central Time.

Dan is a great inspiration to me and does great work over at 5by5, in fact he is the reason why I am in podcasting. I have been a consumer of his broadcasts for some time, but eventually I felt compelled to contribute to this great medium of podcasting — the way of the future as he might say (or play a sound clip of) — because as he also says, “makers make things,” and I couldn’t not be making something that would contribute.

He has graciously agreed to come on an episode of our show and I am thrilled. Joe and I were looking for the right topic to talk about with him before we invited him, and I said, “You know, Dan is always making subtle little Star Trek references that co-hosts like John Siracusa (somewhat famously) ignore. I’ll bet that guy is a Trek fan and one of the films I want to get around to talking about is one of my all-time favorites, Star Trek II: The Wrath of Khan. We should pitch that to Dan and see what he says.

I have been assured that Dan does indeed have strong opinions about that film. I have not learned what that means — it may mean he hates it — but that’s the fun part isn’t it? We will see this Thursday.

You should make plans to join us live because that will be the most fun! You can rant and rave and throw virtual popcorn at us in the chatroom, or just simply join in the conversation. And if you can’t join live, we will also release the episode on the site and in the podcast feed later in the day next Thursday (as always) and we hope you enjoy it.