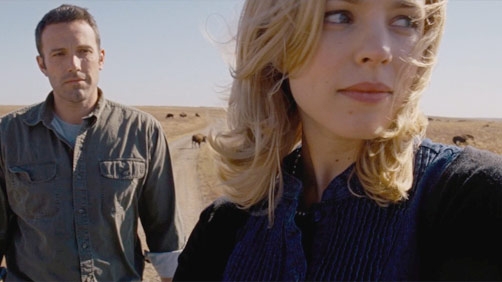 We have said a lot about Roger Ebert this week. Considering his wealthy contribution to movie reviews, it’s no wonder how much we appreciated his expertise. He has been some of the inspiration for my own reviews.

So, I find it very fitting that Roger’s last published movie review would be for Terrence Malick’s To the Wonder, a soul-searching drama that explores some spiritual matters pertaining to life and death itself.

A more conventional film would have assigned a plot to these characters and made their motivations more clear. Malick, who is surely one of the most romantic and spiritual of filmmakers, appears almost naked here before his audience, a man not able to conceal the depth of his vision.

“Well,“ I asked myself, ”why not?” Why must a film explain everything? Why must every motivation be spelled out? Aren’t many films fundamentally the same film, with only the specifics changed? Aren’t many of them telling the same story? Seeking perfection, we see what our dreams and hopes might look like. We realize they come as a gift through no power of our own, and if we lose them, isn’t that almost worse than never having had them in the first place?

As usual, Roger’s review wasn’t about himself, but it reveals his own thoughts at his core; philosphical, thought-provoking, and sincere. Now I see this film as an opportunity to reflect on the work of a great critic — inspiration for us all.