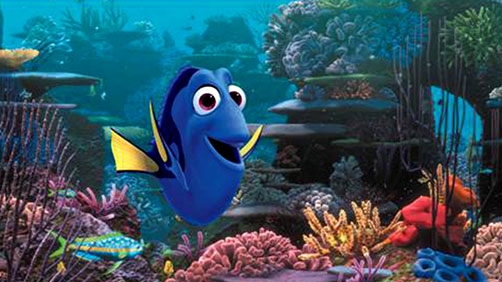 Love her or hate her, Ellen DeGeneres is Dory from Finding Nemo. The character just wouldn’t be the same without her. And apparently Ellen has been pushing for a sequel for years. I don’t follow Ellen at all so I didn’t know it, but the video she put together below is pretty funny in showing that.

I just have a couple things to say about all this.

Firstly, I’m starting to worry about Pixar cranking out all these sequels. Well I have mixed feelings on it actually because they’ve cranked out some really good sequels — Toy Story 3 for instance may be one of their best films. At the same time they’ve cranked out some pretty horrible sequels too (*cough* Cars 2 *cough*). And I’m starting to worry that they are out of original ideas or something because their last original idea wasn’t received all that well.

Secondly, I die a little every time Pixar announces a sequel that is not in the Incredibles world. I have a hard time picking favorite Pixar films, but The Incredibles is WAY up there and is so much more deserving of a sequel than, say, Finding Nemo, or Monsters Inc. But, at the rate things are going, Pixar will have to crank out a sequel to The Incredibles sooner rather than later if they don’t start producing some new original content that’s worth watching soon.

In any event, here’s the video of Ellen announcing the sequel to Finding Nemo, Finding Dory.