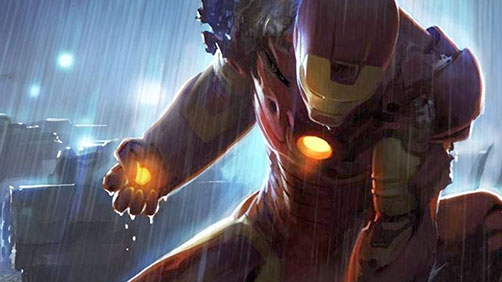 “You just died, pal. I’m gonna come get the body.”

You know, it could be that Stark is such a well known public figure that his address(es) are public knowlege and stuff anyway, but it doesn’t seem like a really good idea to give The Manderin his home address, But whatever.

This clip shows that Tony Stark is pretty ticked at The Manderin about something or other, who knows what. But this seems to be like the prelude to the scene in the trailers where Tony’s home in Malibu is getting blown up so I’m guessing it wasn’t the greatest idea in the world.

I’m looking forward to May 3. Should be a great film.