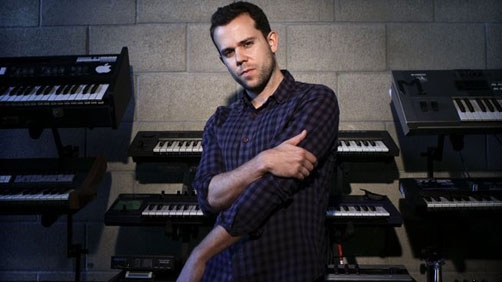 “It took us one year to work on ‘Oblivion’ with Joseph Trapanese, and I’ve been through all types of emotions. I almost quit. I couldn’t sleep. I was so stressed out. I was on the verge of breaking down. We were touring a lot and I had to work on this at the same time.”

I quickly realized that all the ideas of the music I had before working on it weren’t going to happen because it’s Hollywood and because it’s a $150 million dollar budget. I’m not the boss. I’m just someone working for them,” Gonzalez explained. “They needed something bigger, more orchestral; it was hard for me to be told that my music was too indie for the film. I was pissed most of the time, but this is how it works. It’s like, ‘Take it or leave it.’ And I took it. [laughs]”

I’m glad he stuck with it because the result, whatever the road to get there, is quite awesome!