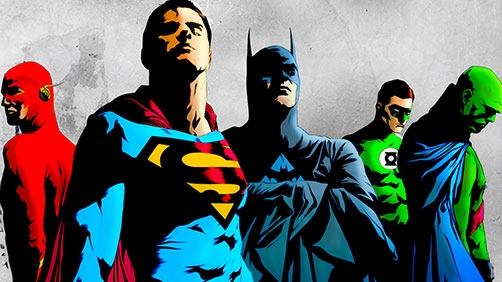 Empire recently profiled the upcoming superhero film, and within the pages is a very interesting tidbit indicating that Snyder may not be done with dudes in tights: “Whether we get a ‘Justice League,’ [Warner Bros] say, depends on ‘Man of Steel.’ If we do, they say, Zack Snyder will be asked to direct.”

Of course, this revelation opens up a Pandora’s box of questions ranging from potential ‘Steel’ sequels to Marvel-esque world building, and Snyder teases at both. “We didn’t design the movie like Batman, but I don’t think anybody would say that you design a Superman movie as a one-off,” he teased, later adding about his Superman movie: “...in a weird way it is also the DC world. I have been making references to the DC universe, just to let you know that world is out there.”

It only make sense that DC and Warner Brothers would want in on something like The Avengers that Marvel has going on. I just hope they actually have something good on their hands and not something they just want to do as a “me too” move.