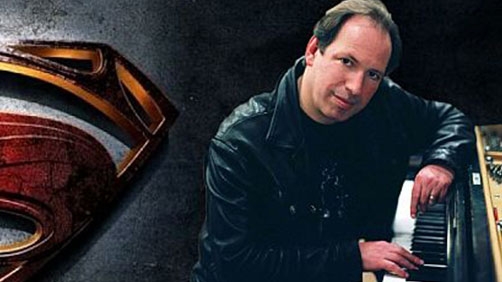 The secrecy surrounding “Man of Steel,” due June 14, is pretty extraordinary, but composer Hans Zimmer was able to give CNN a glimpse of what to expect when we caught up with him this week regarding the score he did for “The Bible.”

Asked if the two projects had anything in common, since both involve a savior figure (Jesus, Kal-el) sent by his father to Earth, Zimmer laughed and said, “Yes. Yes is the answer. Once you see Superman, you’ll see how close you are with your question.”

Interesting. I’m still waiting to see how this is going to work out. How can you watch anything with Superman and not instantly think of John Williams classic Superman theme?

Coming off three Dark Knight films directed by Christopher Nolan (“Batman Begins,” “The Dark Knight,” and “The Dark Knight Rises”), Zimmer also didn’t want to do “another really dark” superhero movie. “Everything’s tinged with irony and sarcasm and bitterness and darkness these days,” he said. But this Superman is something lighter, he said, “celebrating everything that was good and fine about America,” such as small towns “where people don’t lock their doors, neighbors get together, and families are families.”

That does sound refreshing.