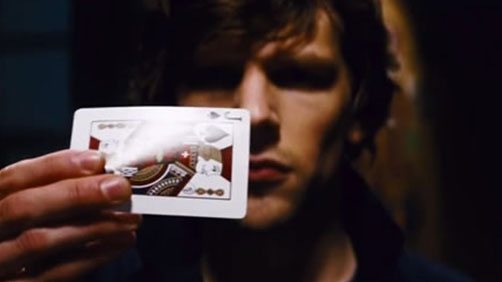 Coming this summer from director Louis Leterrier (The Incredible Hulk, Clash of the Titans) comes a film that looks fairly interesting. I’m not really sure where this is going. Is there really magic going on here, is this a completely fanciful world? It’s sure looking that way from here. But I do love the look of this movie and I like this trailer as well as the previous trailer.

Now You See Me pits an elite FBI squad in a game of cat and mouse against “The Four Horsemen,” a super-team of the world’s greatest illusionists. “The Four Horsemen” pull off a series of daring heists against corrupt business leaders during their performances, showering the stolen profits on their audiences while staying one step ahead of the law.