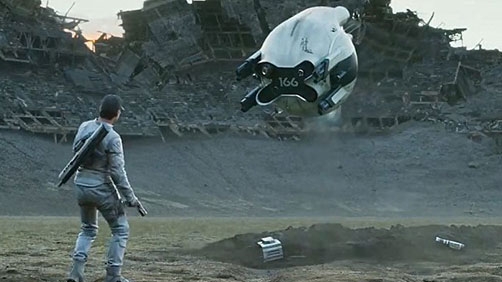 I don’t think I need to remind you that I am greatly looking forward to this film. And apparently the studio is making a big deal out of this film as well because, wow, I can’t remember the last time I have seen so much promotional material coming out for a film. That can either man this film is really good or really bad and the studio is trying to compensate for it. I choose to believe the former.

The director also directed TRON: Legacy so that gives me great hope for the film because I really liked Legacy.

I’m not going to spoil it for you, but I think I have a good portion of the plot figured out. But I don’t think that’s going to dampen my enjoyment or enthusiasm for this film in the slightest. Here’s hoping.