“Pixar Will Be Fine” 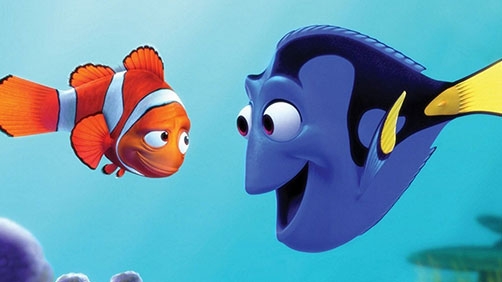 I have three children, ages 11, 8 and 5, so I’m entitled to use my sternest sounding mother voice to say this to all of the concerned folks who think Pixar is ruining its legacy: “Calm down.” Seriously, give it a break. The world isn’t ending, Pixar isn’t selling its soul, and there’s no reason to fear the coming of “Finding Dory.”

And although I don’t know anyone who has seen the upcoming “Monsters Inc.” prequel “Monsters University” yet, the trailers and clips make it look as charming as the original. I can tell you without a doubt that I’d rather see “Monsters University” than the vast majority of family friendly movies made under the impression that parents are so desperate to have something to take their kids to see that they’ll put up with the dregs of the Hollywood idea bowl, like “The Smurfs 2.”

She says some smart things and makes some smart arguments. While I’m starting to grow weary of sequels and prequels from all corners, she’s probably right. And even though Cars 2, for instance, wasn’t Pixar’s finest work, it was still enjoyable and a far better film than Smurfs 2 is ever likely to be.

And as she mentioned in the full article (which you should click through and read), Toy Story 3 may well be the best of the Toy Story films. So I guess I should have a little faith.