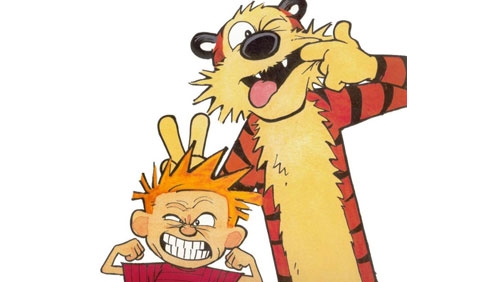 I want to talk a little about opinions, anger, respect, and intelligent conversation.

A comment was made recently on an opinion post I wrote that the commenter had lost respect for the site because of my opinion. I love all of our readers and we are thankful for your support. I’m not upset about the comment, for I realize that we will get this sort of thing all the time. But as MovieByte is young, I do want to talk just a bit about how we should approach our conversation and our respect for one another. I want to lay out a bit of what we are looking for because I do want to have a great relationship with you guys. I do want to have great conversation about film.

The point I want to drive at here is that it is possible to disagree with someone and have a differing opinion, while still holding respect for that person or persons and their opinion. It is possible to have intelligent conversation about points of disagreement and to make your point without making blanket statements that lower the value of the conversation and are essentially a food flinging contest and whoever can fling the most or the nastiest food wins. That’s not really what we are looking for here.

I had a great deal of respect for Roger Ebert as a film critic. This was not because I always agreed with him. I would say that, while not a majority, there were a significant number of opinions he held about films that I did not and do not agree with. But I respected him and his opinion none-the-less because I knew that he was being honest and sincere in that opinion and that he had at least given it thought and he had reasons for his opinion. And I always appreciated the conversation. I don’t mean that I ever personally interacted with Roger Ebert, but that any writing can be considered part of a conversation — especially in this information age where pretty much everything can be read by anyone.

What we want to happen at MovieByte is very specific. We are looking for friends and fans who enjoy all manner of movies as much as we do. Right now, it’s pretty much just me and Joe with a side of Corey Poff writing articles and opinions on the site. We also have Michael Minkoff and Eric Rauch hosting a monthly podcast. That’s all we have right now. But your support and engagement in intelligent and fun conversation will help us to grow beyond that some day where we could become more profitable and bring on more writers and podcast hosts with opinions that differ from ours and bring yet another side to the table.

In the end, MovieByte is about having fun at the movies, and having a LOT of fun talking about it, interacting with one another about it, and having great conversations. If you have an opinion that differs from mine or Joe’s (or anyone else around here) I would encourage you to interact with us. But I can tell you that if you call us stupid or simply state that our opinion has lowered your opinion of this site, we don’t care and we really aren’t going to interact with that. Instead, start a conversation with us. We’re friendly, we’re nice. Really.