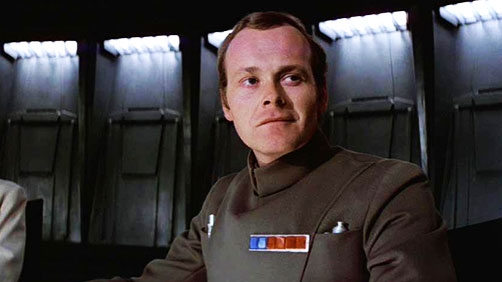 Actor Richard LeParmentier, best known for portraying Admiral Motti in Star Wars, died suddenly at the age of 66 while visiting his family in Austin, Texas. The Pittsburgh-born actor worked regularly throughout the 70s and 80s, appearing in such films as Octopussy and Who Framed Roger Rabbit.

“Every time we find someone’s lack of faith disturbing, we’ll think of him,” the official statement from his family reads…

Major bummer. That’s too bad. Condolences to his family.